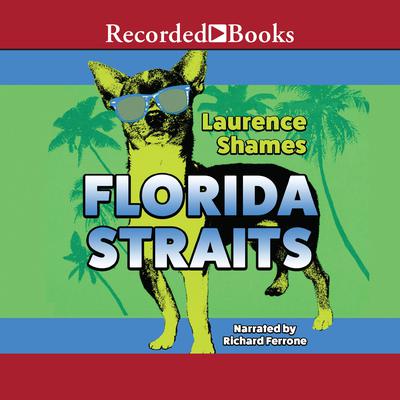 Top-notch suspense and "killer" comedy merge in this rollicking national best-seller filled with funky characters, resounding dialogue and inappropriately named "wise" guys. In the grand tradition of Elmore Leonard, Laurence Shames creates an outrageous heavyweight thriller that's heavy on atmosphere and action. Joey Goldman is a low level New York hustler. He's taking a working vacation in South Florida, and looking to score big with a time-share scam. His half brother Gino Delgatto is a man in need of a fall guy. When they meet in Key West, the term "dysfunctional family" takes on a new meaning. Will one of them succeed, or will the Miami mob find an eye-popping way to dispose of them both? Critically-acclaimed narrator Richard Ferrone brings every character to life-from bad guys in shiny blue suits to Steve the naked landlord-with a crackling intensity you will love.

Laurence Shames has been a New York City taxi driver, lounge singer, furniture mover, lifeguard, dishwasher, gym teacher, and shoe salesman. Having failed to distinguish himself in any of those professions, he turned to writing full time in 1976 and has not done an honest day’s work since. He has published twenty books and hundreds of magazine articles and essays. Best known for his critically acclaimed series of Key West novels, he has also authored nonfiction and enjoyed considerable, though largely secret, success as a collaborator and ghostwriter: He has penned four New York Times bestsellers. These have appeared on four different lists, under four different names, none of them his own. This might be a record.