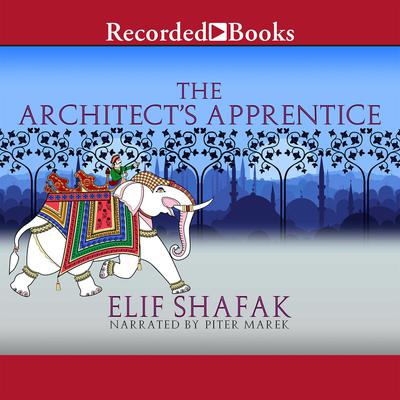 From the acclaimed author of The Bastard of Istanbul, a colorful, magical tale set during the height of the Ottoman Empire In her latest novel, Turkey's preeminent female writer spins an epic tale spanning nearly a century in the life of the Ottoman Empire. In 1540, twelve-year-old Jahan arrives in Istanbul. As an animal tamer in the sultan's menagerie, he looks after the exceptionally smart elephant Chota and befriends (and falls for) the sultan's beautiful daughter, Princess Mihrimah. A palace education leads Jahan to Mimar Sinan, the empire's chief architect, who takes Jahan under his wing as they construct (with Chota's help) some of the most magnificent buildings in history. Yet even as they build Sinan's triumphant masterpieces-the incredible Suleymaniye and Selimiye mosques-dangerous undercurrents begin to emerge, with jealousy erupting among Sinan's four apprentices. A memorable story of artistic freedom, creativity, and the clash between science and fundamentalism, Shafak's intricate novel brims with vibrant characters, intriguing adventure, and the lavish backdrop of the Ottoman court, where love and loyalty are no match for raw power.

“Shafak’s novel is a vigorous evocation of the Ottoman empire at the height of its power…A fascinating work in which building a fulfilling life can be as difficult as creating one of Sinan’s masterpieces.” —Sunday Times (London)
“Shafak paints a gorgeous picture of a city teeming with secrets, intrigue, and romance.” —Times (London)
“At once epic and comic, fantastical and realistic…Like all good stories, it conveys deeper meanings about human experience…The Architect’s Apprentice explores issues of power and bigotry, creativity and freedom, but it’s overarching theme is love…A carefully crafted work of imagination that both reveals and conceals its skill. It will confirm Shafak’s reputation as a writer of impressive range, who quietly resists categorization and is not afraid to ask the big questions.” —Financial Times (London)
“Architecture is a powerful motif in Elif Shafak’s intricate, multilayered new novel, which excels both in its resplendent details and grand design…This edifying, emotionally forceful novel shows how hate and envy destroy, and how love might build the world anew.” —Observer (London)
“This is Shafak’s most ambitious novel yet, and it is her best—told with a generous humanity that will surely realign attitudes both to the imaginative possibilities of fiction and to the constructed reality of the world around us.” —Independent (London)

Elif Shafak is an award-winning British-Turkish novelist and the most widely read female author in Turkey. She writes in both Turkish and English, and her work has been translated into fifty languages. She holds a PhD in political science and has taught at various universities in Turkey, the United States, and the United Kingdom, including St Anne’s College, Oxford University, where she is an honorary fellow. She is a member of Weforum Global Agenda Council on Creative Economy and a founding member of the European Council on Foreign Relations. She has been awarded the title of Chevalier des Arts et des Lettres and in 2017 she was chosen by Politico as one of the twelve people who would make the world better.