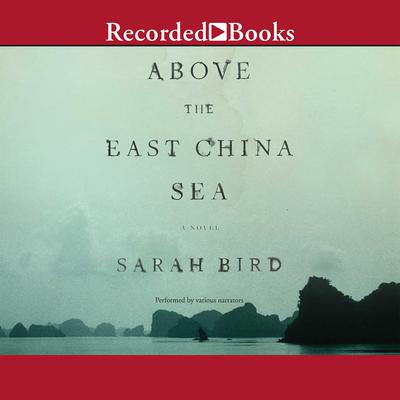 Above the East China Sea

Set on the island of Okinawa today and during World War II, this deeply moving and evocative novel tells the entwined stories of two teenage girls-an American and an Okinawan-whose lives are connected across 70 years by the shared experience of both profound loss and renewal. Luz, a contemporary U.S. Air Force brat, lives with her no-nonsense sergeant mother at Kadena Air Base. Luz's older sister, her best friend and emotional center, has died in the Afghan war. Unmoored by her death, unable to lean on her mother, Luz contemplates taking her own life. In l945, Tamiko has lost everyone-the older sister she idolized and her entire family-and finds herself trapped between the occupying Japanese and the invading Americans whom she has been taught are demons that live to rape. On an island where the spirits of the dead are part of life and the afterworld reunites you with your family, suicide offers Tamiko the promise of peace. As Luz tracks down the story of her own Okinawan grandmother, she discovers that the ancestral spirits work as readily to save her as they do to help Tamiko find a resting place. And as these two stories unfold and intertwine, we see how war and American occupation have shaped and reshaped the lives of Okinawans.

“An extraordinary effort of the imagination and a major display of literary talent—an absolutely don’t-miss novel that should become a classic contribution to the fiction of our era.” —Washington Times
“Like Faulkner, Bird is a writer whose métier is the American South, though, also like Faulkner, her writing possesses an expansive worldview. To my mind, Bird is the finest living Texas novelist, and Above the East China Sea showcases all of her gifts in spades—her unmistakable voice displays warmth, wit, and that rare variety of irreverence that possesses real heart.” —Texas Observer
“Above the East China Sea should be the one that lands Bird among the literary elite. This is the rare tome that has the goods for both popular and critical acclaim at the highest level.” —Dallas Morning News
“This is Bird’s most ambitious novel to date, tackling a World War II tragedy about which most Westerners know little or nothing. During the Battle of Okinawa, hundreds of island teens known as the Princess Lily Girls were forced to serve as nurses on the front lines under horrifying conditions…Bird depicts Okinawa’s island culture, and its violent near-erasure at the hands of Japan and America, in hypnotic detail…the history is undeniably gripping. Ultimately, this tale of how women and girls survive bloody times manages its happy ending without offering easy answers—quite a feat for such an entertaining read.” —Austin Chronicle
“Links between the two girls, hinted at early on, crystallize as Luz’s quest to learn more about her ancestors takes her deeper into the past and into the traditions that still exert a hold on daily Okinawan life. Bird, whose other novels include the well-received Yokota Officers Club, has delivered a multilayered and utterly involving work with plenty of grist for book discussions.” —Booklist (starred review)
“A rich and engrossing achievement…a suspenseful and magical journey…Fans of Amy Tan or Khaled Hosseini will be drawn to the adept mingling of settings and cultures.” —Library Journal
“Four narrators tell the interwoven stories of two teenagers—one American and one Okinawan—in clear voices with few accents. In a plot that is both supernatural and historical, Tamiko Kokuba becomes a medical worker on Okinawa in 1945, and Luz James, an American Army brat, searches for information about her Japanese grandmother in the present. Japanese words are subtly inflected and interspersed with unaccented English.” —AudioFile