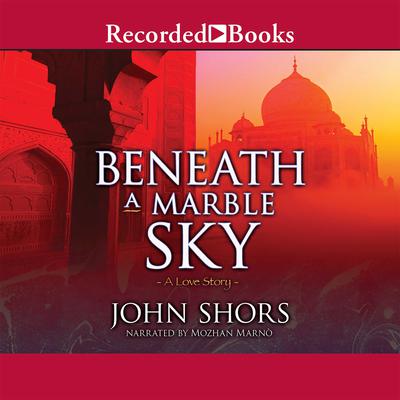 Beneath a Marble Sky

In 1632, the Emperor of Hindustan, Shah Jahan, overwhelmed with grief over the death of his beloved wife, Mumatz Mahal, commissioned the building of a grand mausoleum to symbolize the greatness of their love. The story surrounding the construction of the Taj Mahal occurs, however, against a scrim of fratricidal war, murderous rebellion, unimaginable wealth, and, not least of all, religious fundamentalism ruthlessly opposing tolerance and coexistence between the disparate peoples in the empire. At that time, Hindustan comprised all of modern Pakistan and Kashmir, most of eastern Afghanistan, and two-thirds of the Indian subcontinent (roughly north of Bombay to the Himalayas). Beneath a Marble Sky, narrated by Princess Jahanara, eldest daughter of Shah Jahan and Mumtaz Mahal, recounts their story, and her own as well, a parallel tale of forbidden love enduring censure and extreme deprivations. Beneath a Marble Sky brims with action and intrigue befitting an epic era when, alongside continuous war, architecture and its attendant arts reached a pinnacle of perfection. In a splendid debut, John Shors has crafted an immensely readable and well-researched historical novel of surprisingly contemporary relevance.

“Shors brilliantly recounts one of the world’s greatest love stories, narrated against a backdrop of hatred and violence.” —India Post
“With infectious enthusiasm and just enough careful attention to detail, Shors give a real sense of the times, bringing the world of imperial Hindustan and its royal inhabitants to vivid life. ” —Publishers Weekly
“A thrilling tale of the interactions of characters recognizable for their loyalty, duplicity, and passion and will appeal to a wide audience. The author has included enough accurate details to make regular readers of historical fiction happy, too. Highly recommended.” —Library Journal
“Shors enthralls with his first novel, based on age-old Asian love story. Those familiar with Ken Follett’s Pillars of the Earth will find strong correlations between the novels. This is a page-turner.” —RT Book Reviews (4 stars)

John Shors is an international bestselling author whose work has won numerous awards and been translated into twenty-six languages. He traveled extensively throughout Asia after graduating from Colorado College in 1991, living for several years in Japan, where he taught English, and then trekking across the continent, visiting ten countries and climbing the Himalayas. More recently he worked as a newspaper reporter in his hometown, Des Moines, Iowa, before entering public relations and moving to Boulder, Colorado. John encourages reader feedback and can be easily reached via his website at johnshors.com.