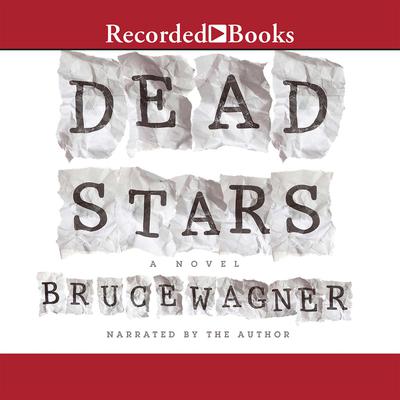 New York Times best-selling author Bruce Wagner is also a PEN/Faulkner Award finalist and a notable contributor to the New Yorker and Vanity Fair. With Dead Stars, Wagner delivers uproarious and sharply critical views on the sex- and money-obsessed world of Hollywood through the story of Telma, a 13-year-old girl who's also the world's youngest breast cancer survivor. A regular at pink-tie charity events and private lunches, Telma has come to enjoy her fame-so she's not pleased to learn another young girl is about to break her record.

“Wagner’s prose reads like the lovechild of Hunter S. Thompson and David Foster Wallace…The most enjoyable riffs in Dead Stars display Wagner’s up-to-the-nanosecond insider’s knowledge of the LA scene…He also writes some clean, mean, glittery dialogue.” —Washington Post
“Not just the best novel about Americans and fame of the past dozen years but the best since Nathanael West's The Day of the Locust.” —Wall Street Journal
“There are few writers capable of escorting us more convincingly into a character’s tender, gnarled mind. Dead Stars, easily Wagner’s best and most ambitious novel yet, is a huge, riveting book…every page contains something statically electric enough to scorch the hair from your arms.” —GQ
“Written in hyper-hilarious, brilliant prose, [Dead Stars] renders an obsessive pop-culture nightmare of surprising realism and light, illuminating the meanest corners of its characters’—and our culture’s—desperation.” —Publishers Weekly (starred review)