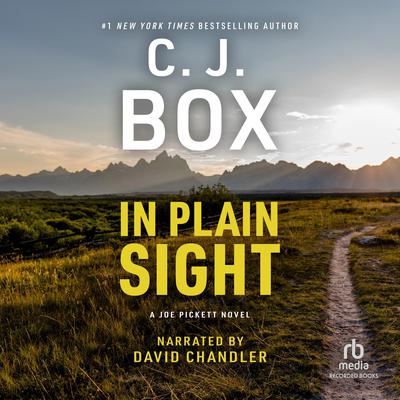 C. J. Box has won a host of awards, including the Anthony, Macavity, Gumshoe, and Barry. In Plain Sight sees game warden Joe Pickett's life take a turn for the worse after millionaire Opal Scarlett goes missing. As Pickett discovers more and more disturbing truths, it becomes clear that someone wants the dogged game warden to keep his nose out of the investigation.

“All the right elements…packed with the right punch. The ending is riveting and shocking.” —Denver Post