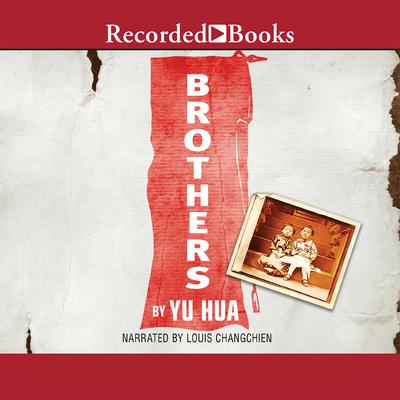 Shortlisted for the Man Asian Literary Prize in 2008

Acclaimed novelist Yu Hua became the first Chinese author to win the distinguished James Joyce Foundation Award. Controversial in his own country for his biting satire, he creates insightful portraits of Chinese society. Step-brothers Baldy Li and Song Gang couldn't be more different. While Baldy is a girl-chasing teen, Song is quiet and studious. The two come of age in a vibrant Chinese culture struggling with constant change.

“Imagine a novel written by William Dean Howells together with D. H. Lawrence, updated by Tom Wolfe, and then filmed by Baz Luhrmann, and you’ll have some idea of what Brothers would be like had it originated in the West. Translate that imaginary novel-film into Chinese, and you have the riddling circus of miscues and pantomimes that is Brothers in English…Brothers is a strange and wonderful thing.” —New York Times Book Review
“This new English translation excellently captures [Brothers’] beauty and high farce…Portraits of contemporary China are rarely sharper or more savage.” —Time
“Impressive…A family history documenting four decades of profound social and cultural transformation in China…[An] irreverent take on everything from the Cultural Revolution to the capitalist boom…[A] relentlessly entertaining epic.” —New Yorker
“Yu Hua’s epic novel…is a tale of ribaldry, farce, and bloody revolution, a dramatic panorama of human vulgarity…At once hyperrealist and phantasmagorical…And yet the writing is not coldblooded; human warmth and compassion do come through all the cruel absurdity…We can see a true picture of the country refracted in this funhouse mirror.” —Washington Post
“A consistently and terrifically funny read…For all its populism, Brothers is no light entertainment but a caustic and painful satire from which almost nothing emerges unscathed.” —Los Angeles Times
“Yu’s unflinching narrative, by turns tragic and hilarious, shows ordinary lives being broken down and built up again…By the last page, the novel has imparted a whole world of histories and personalities that are difficult to forget.” —Publishers Weekly (starred review)
“Welcome to Yu Hua’s earthy theater of the absurd…At once gruesome and erotic, uproarious and shrewd, this three-ring circus of a novel, this tragicomic tale of opportunism and compassion, love and terror, boldly embodies the striving of China and the aberrant frenzy of the global marketplace.” —Booklist (starred review)
“The novel is cheerfully vulgar and obscene, insistently declarative and overemphatic. But it’s gripping throughout 600-plus pages, and it rises to a tremendous climax, after Baldy Li’s furious acquisitive energies have precipitated tragedy and created monsters that seem to have emerged, sweating and shrieking, from the realms of myth. A deeply flawed great novel, akin to the best work of Zola, Louis-Ferdinand Céline, and, arguably, Rabelais.” —Kirkus Reviews (starred review)