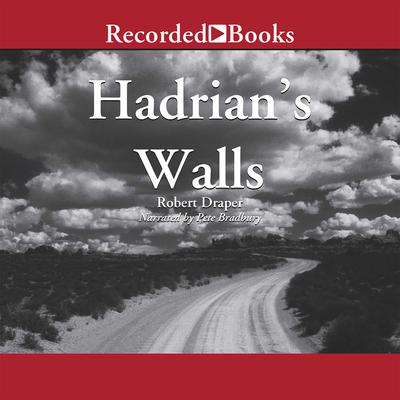 Robert Draper's critically-acclaimed debut novel explores the bonds of friendship and and the limits of loyalty. As a 15-year-old boy, Hadrian committed murder to save his friend Sonny's life and is sentenced to 50 years in prison. As the years progress their mutual dependence on each other twists their friendship into a question of who owes what to whom.

“Robert Draper has made an exciting debut. He’s got a good ear for the tones of the region and a sharp sense of how the oppressiveness of it adds its weight to the actual oppression that is his theme. I hope he finds many readers.” —Larry McMurtry
“Hadrian’s Walls, is…a deft, occasionally ingenious novel.” —New York Times Book Review
“[A] scorching, Faustian first novel…Draper skillfully balances his stark portrayal of Shepherdsville’s environs and feckless inhabitants with the affecting drama that unfolds among the central characters. His ambitious novel explores the irony, pathos and contradictions both of freedom vs. captivity and of good vs. evil.” —Publishers Weekly (starred review)
“In his cool, prosaically loping fiction debut, Texas journalist Draper easily entraps the reader in a Lone Star State prison town …[Hadrian’s Walls] provides sooty, ragged, fearsome reading pleasure…A breezy encounter with human darkness, carried on by the lilt of Draper’s choice prose.” —Kirkus Review

Robert Draper has been a national correspondent for GQ for the past decade, and prior to that was senior editor at Texas Monthly. He is the author of several books of nonfiction and lives in Washington, DC.