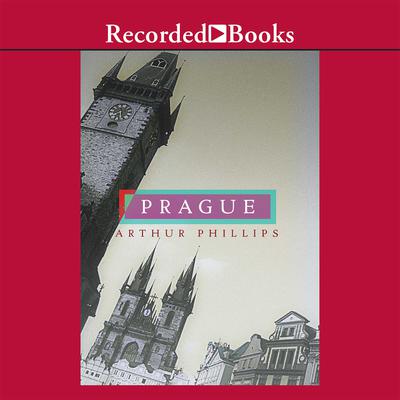 In the 1990s, five young American expatriates meet in Budapest. As they seeks fortune and success, their lives reflect various facets of a city that is shaped by its history, culture, and the aftermath of Communism.

“Arthur Phillips’s bold and ambitious novel, Prague, is one of those rare books that help define and identify a whole generation, in the same way that Hemingway’s The Sun Also Rises introduced his lost generation.” —Pat Conroy, author of The Prince of Tides
“A…remix of Fitzgerald and Hemingway, a meditation on a generation, a polemic, a love story, a new branch of sociology, Prague tries to do it all and succeeds.” —Pagan Kennedy, author of Black Livingstone
“An intricate and wordly-wise novel, with sly and acute perceptions on every page, Prague sets itself the challenge of extending the tradition of brainy Central European fiction from an American perspective, and succeeds handily.” —Philip Lopate, author of Portrait of My Body
“[A] dazzling first novel…utterly original…This novel is so complete a distillation of its theme and characters that it leaves a reader wondering how on earth Phillips can follow it up.” —Publishers Weekly (starred review)
“Phillips’s exhilarating exploration of time, memory, and nostalgia brings to mind such giants as Proust and Joyce.”              —Library Journal
“Ingenious…Phillips presents his characters with a wry generosity and haunting poignancy to rival his wonderfully subversive wit.” —New York Times
“Stop yearning for that elegant, entertaining novel that used to be. Thanks to Phillips, it’s right here, right now.” —Newsweek
“Heartbreaking…A masterpiece of caustic satire.” —Los Angeles Times
“Few first novels blaze with such all-knowing poise…Phillips is a wisecracking microbiologist of society and spirit.” —People