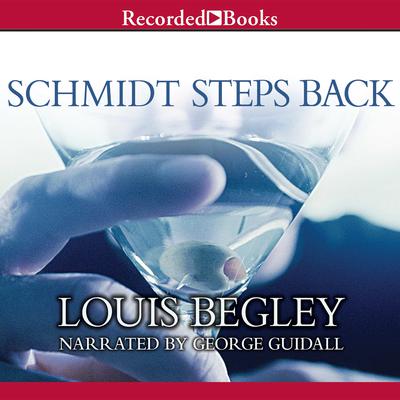 A PEN/Hemingway Award winner and finalist for the National Book Award, Los Angeles Times Book Award, and National Book Critics' Circle Award, Louis Begley offers listeners the third novel starring retired lawyer Albert Schmidt. "Schmidtie" (to people who know him) is languishing alone, with only two real friends and his daughter in contact. Readying his home in the Hamptons for a visit from his estranged friend Alice, Schmidt hopes to resurrect a relationship he left in shambles a decade ago.

“Schmidt, as he considers, worries, wonders, speculates, calculates, plans, and reconsiders, is engaging company…One of the victories in this novel is how candid he is. Begley gets as close to Schmidt as a diarist, inhabiting this man who has been seasoned by a long life and yet somehow seems new this morning…Schmidt can cavil with the best of them, but he has a code. He’s capable of a sobering empathy, has a withering understanding of the recent Bush regime, knows how to prepare a martini. We get so close to him in this intimately written book.”  —New York Times Book Review
“A page-turner…While Schmidt is stepping back—onto the stage of life, rather than into the fray—he is also reflecting, often sharply and intelligently.”  —Washington Times
“Intelligent, literate, and moving novel of late middle age…Begley has created complex human beings who have reached middle and late age with a full load of baggage, yet they are, on the whole, more good than bad, more giving than receiving.”  —Washington Independent Review of Books
“The enterprising and original Begley has given us…Schmidt’s sardonic formulations [that] always have pertinent and pointed vigor…The most lively pages are ones where his animus against the trendy, the petty, and the self-righteous are given full rein. His irascibility, at times directed against himself, represents the other side of an embrace of positive things—like imagination, love, irony, the occasional double bourbon, and the novels of Trollope. One feels these are qualities and pleasures that, like his protagonist, Louis Begley finds sustaining and around which he has woven an appealing novel.”  —Boston Globe