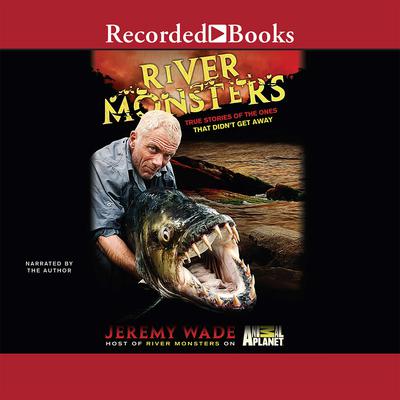 River Monsters: True Stories of the Ones That Didn't Get Away

Biologist and extreme angler Jeremy Wade is well known for his extremely popular River Monsters program, the most successful show in Animal Planet history. Whether he's tracking fearsome monsters like the goliath tiger fish or gargantuan brutes like the freshwater stingray, Wade sifts through the mythology surrounding these creatures to separate fact from fiction. What emerges are true stories to rival even the most exhilarating mysteries.

“Fishing may be a hobby to you, but for Jeremy Wade, host of Animal Planet’s River Monsters, it’s a way of life. Wade scours the rivers of the world for the stuff of legend, and we’re lucky enough to bear witness. Viewers have seen him catch a lot of big fish…but most of the thrill comes from watching the hunt.” —Outside magazine
“Wade is an immensely likable host, a man’s man with stories that will make most men cringe, as when he recalls a plane crash, or the shallow-water bol kata of Papua New Guinea, an unpredictable fish that is as likely to clamp down on his genitals as it is to swim slowly by. Let Wade stand in the shallow water; this is a great way to get a few vicarious thrills.” —Publishers Weekly
“Wade takes the listener along on the hunt while filing us in on the cultures of the people who share the water with these monsters. Wade has a wry sense of humor and is an excellent storyteller. His adventures will certainly be a hit with everyone who ever went swimming in murky water and wondered what was in the water with them. Highly recommended.” —Library Journal

Jeremy Wade is a writer specializing in travel and natural history and the television host of River Monsters on Animal Planet. When not camped beside a remote river, Jeremy lives in Somerset, England, in the countryside near Bath.