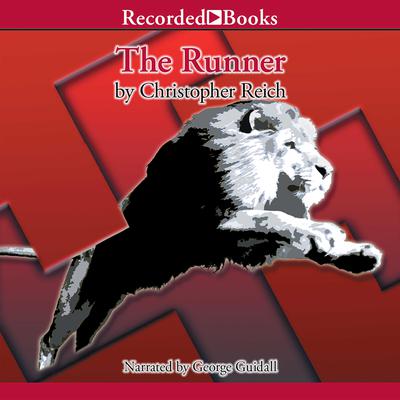 Christopher Reich, New York Times best-selling author of Numbered Account, creates this electrifying story of conspiracy, treachery, and political intrigue. Packed with authentic details, The Runner plunges you into the chaos of 1945 postwar Germany, where enemies often appear as allies. American lawyer and former police detective Judge Devlin is in Europe sifting through evidence of Nazi atrocities. He is part of the International Military Tribunal, but his agenda is personal. He hopes to convict SS member and former Olympic sprinter Eric Seyss, the man responsible for his military chaplain brother's death. When Judge learns Eric has just escaped from an American POW camp, the American sets off in a desperate race for vengeance. As Judge follows his prey, he becomes tangled in a dark conspiracy where the hunter becomes the hunted-and the very future of Europe is at stake. Christopher Reich's masterful storytelling and George Guidall's dramatic timing keep the tension crackling as the plot moves along at breakneck speed.