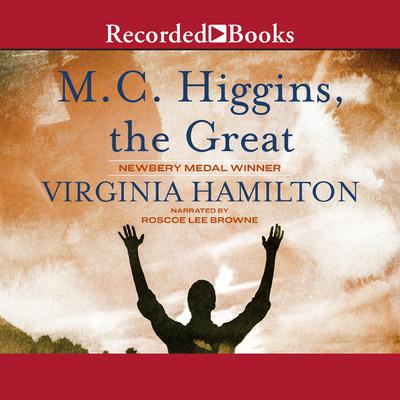 "Two years ago bulldozers had come to make a cut at the top of Sarah's Mountain. They began uprooting trees and pushing subsoil in a huge pile to get at the coal. As the pile grew enormous, so had M.C.'s fear of it. He had nightmares in which the heap came tumbling down. Over and over again, it buried his family on the side of the mountain."-from M.C. Higgins, the Great When M.C. Higgins climbed the 40-foot steel pole near his house, he could see over the spiky treetops and far across the rolling emerald hills. There, on Sarah's Mountain, with his face turned toward the sun and his arms spread wide, M.C. welcomed in the morning of a brand new day. How he would have liked to stay there forever! But M.C. knew-better than his family-that strip mining had reduced the outcropping upon which their cabin was built to rubble, and soon the spoilage would come raining down, burying their home forever. When two strangers come to the mountain, M.C. thinks he's found a solution to his problem, only to discover that the real answer, like the playful voices inside his head, lies in himself.