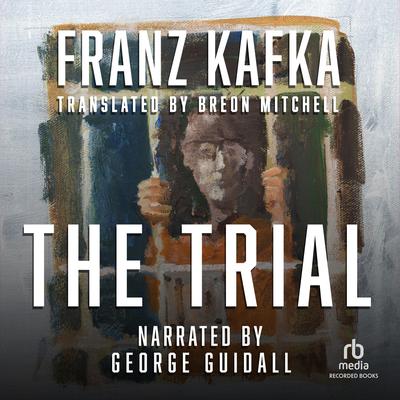 The Trial: Translated by Mike Mitchell

If Max Brod had obeyed Franz Kafka's dying request, Kafka's unpublished manuscripts would have been burned, unread. Fortunately, Brod ignored his friend's wishes and published The Trial, which became the author's most famous work. Now Kafka's enigmatic novel regains its humor and stylistic elegance in a new translation based on the restored original manuscript. Thirty-year-old Josef K., a financial officer in a European city bank, is suddenly arrested. He is subjected to hearings, questioning, and visits from officials. Defending his innocence against charges that are never explained to him, he watches his life dissolve into absurdity. Whether read as an existential tale or a parable, this haunting story stands out as one of the great novels of our time. Breon Mitchell, a professor of Germanic Studies and Comparative Literature at Indiana University, has received national awards for his literary translations. The renewed energy and power of this classic work are complemented by veteran narrator George Guidall's superb performance. Publisher's note, translator's preface, and fragments are included on the final tape.