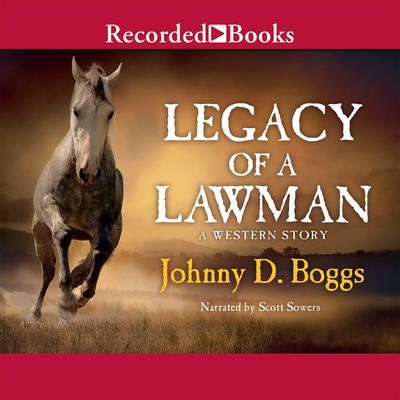 Legacy of a Lawman: A Western Story

***2012 Spur Award Finalist, Best Western Short Novel Bass Reeves was a man of color and a deputy United States marshal. For thirteen years he was sided by Dave Adams, also a deputy marshal, and a white man. Bennie Reeves was Bass Reeves' son and a barber, a good one, before he shot down his unarmed wife who had been cheating on him and then disappeared. U.S. Marshal Leo E. Bennett, known as Doc because he had been a physician before his appointment in federal law enforcement, had reservations about handing the warrant to Bass Reeves to be served against Bennie. For Bass there was no reservation. His son had broken the law and was a fugitive. He was willing to find and capture Bennie, to bring him back to face trial for his crime. Dave Adams would accompany Bass Reeves, as he had for so long. Bass thought he knew where to look for his son, and he found him and arrested him. But then Bennie was suddenly freed from custody by the notorious Cherokee Bob Dozier and his gang of renegades. Cherokee Bob had been a criminal at large for a long time. He had committed a number of robberies, accompanied by murders, because Cherokee Bob did not believe in leaving behind any witnesses. So when the pursuit of Bennie continued, it was now fraught with far more danger. Even with Dave Adams to side him, Bass Reeves would be vastly outnumbered, and Cherokee Bob knew where to hide.