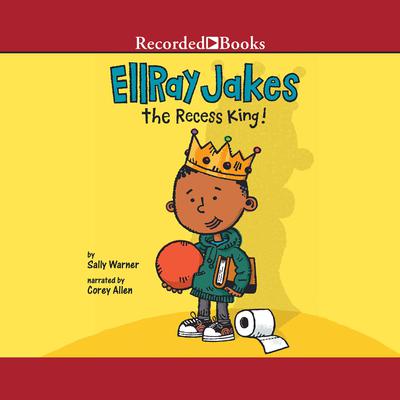 Eight-year-old EllRay is down to one-and-a-half best friends, which leads his little sister to point out the obvious: he needs new friends. A spare, at least. For emergencies. So EllRay decides to audition other boys for the role of Spare Best Friend. EllRay's class is brimming with possibilities, but no one seems to share his exact interests. What's so great about car parts? And why would anyone think boring instruction manuals are fun to read? But EllRay isn't worried--he can fix any problems once he gets to know each kid. And the only way to get to know them is to come up with fun things to do at recess. When he's the Recess King, "everyone" will want to be his friend!

Sally Warner was born in New York City and grew up in Connecticut and California, where her family moved when she was eight years old. She received her BA from Scripps College in Claremont, California, and her BFA and MFA degrees in fine arts from Otis Art Institute in Los Angeles. She worked as an artist and educator before she began writing fiction for young readers. She and her husband live in Southern California.