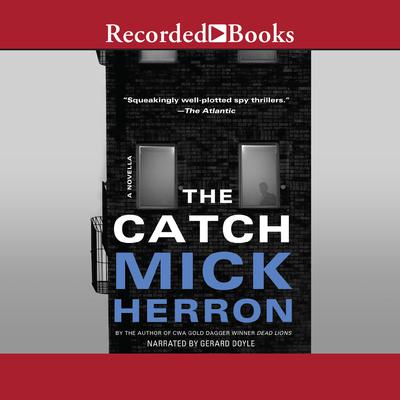 British spy master Mick Herron returns with an explosive novella set in the same world as his multiple CWA Daggerwinning Slough House series John Bachelor is the saddest kind of spy: not a joe in the field, not even a desk jockey, but a milkmana part-time pension administrator whose main job is to check in on aging retired spies. Late in his career and having lost his wife, his house, and his savings after a series of unlucky choices, John's been living in a dead man's London apartment, hoping the bureaucracy isn't going to catch up with him and leave him homeless. But keeping a secret among spies is a fool's errand, and now John has made himself eminently blackmailable.

Mick Herron is a British novelist and short-story writer who was born in Newcastle and studied English at Oxford. He is the author of the Slough House series and Oxford mysteries, as well as several stand-alone novels Reconstruction, Nobody Walks and This Is What Happened. His work has won the CWA Gold Dagger for Best Crime Novel, the Steel Dagger for Best Thriller, and the Ellery Queen Readers Award and been nominated for the Macavity, Barry, Shamus, and Theakstons Novel of the Year Awards.