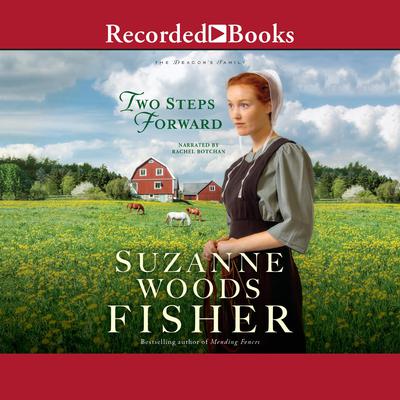 Back and broke in Stoney Ridge, Jimmy Fisher has coasted as long as he could through life on charm, good looks, and deep-set dimples. They always worked just fine for him--until they didn't. His smile has no effect on the violet-eyed beauty he met at the Bent N' Dent, the one with that stunning horse. She's offered him a job, but nothing else. The last thing Sylvie Schrock King needs around Rising Star Farm is a grown boy working for her, especially her neighbor Edith's son. The woman holds a serious grudge against Sylvie and her son, and hiring Jimmy Fisher will only fan the flames of Edith's rancor. But Sylvie is desperate for help on the farm, and Jimmy understands horses like no one else. While Jimmy's lazy smile and teasing ways steal Sylvie's heart, Edith is working on a way to claim her land. Has Sylvie made another terrible mistake? Or is it too late to outfox the fox? More importantly . . . just who is the fox? Writing with both wit and warmth, Fisher delivers a supremely satisfying conclusion to the popular Deacon's Family series.

Suzanne Woods Fisher is the bestselling author of the Lancaster County Secrets series and the Stoney Ridge Seasons series, as well as nonfiction books about the Amish. She is also the coauthor of an Amish children’s series, The Adventures of Lily Lapp. She is a Christy Award finalist and a Carol Award finalist. She is the host of internet radio show Amish Wisdom and a columnist for Christian Post and Cooking & Such magazines. She lives in California.