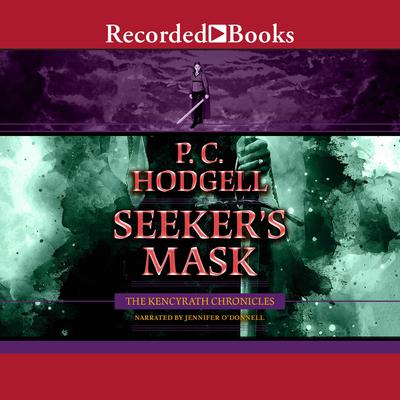 Obedience. Self-restraint Endurance. Silence. . . These are the duties of a Highborn lady, and like the veils, masks and tight-fitting underskirts female Kencyr students are obliged to wear, Jame finds them damnably constricting. Sent here by her brother Torisen, Highlord of the Kencyrath, she has tried valiantly to fit in, but the unruly girl can't help throwing the quiet Women's Halls into an uproar. It's not entirely Jame's fault, though. While Tori's vain and vicious consort treats her like an underling, the Kencyr Matriarchs, determined to winnow out her secrets, scheme to use her to their own advantage. And her own brother wants nothing to do with her. On top of this, Shadow Guild assassins have come hunting her, eager to fulfill a long-held contract to dispose of the last of the powerful Knorth clan. It's no wonder that Jame decamps. In the company of her telepathic hunting cat, Jorin, a runaway priestling named Kindrie, and a chance-met squad of cadets, she sets out to rescue a friend from a cruel and ambitious Kencyr lord who seeks the deadly Book Bound in Pale Leather. Dodging ghostwalkers and shadow assassins, riding weirdingstorms and peripatetic trees, Jame discovers that her life is tangled up in a much larger purpose. For the war against Perimal Darkling cannot resume until three terrible objects of power, and the avatars who will wield them, appear. And she just might be one of them. . . .