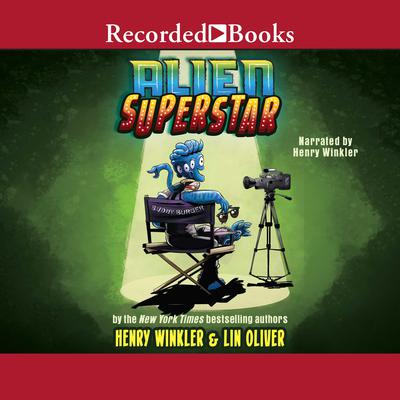 From Emmy Award-winning actor Henry Winkler and Lin Oliver comes a new out-of-this-world middle-grade series No one is shocked by the six-eyed alien strolling around the Universal back lot. The tourists just think he's part of the show. It doesn't take long for Buddy to land a role on a popular TV show, playing (of course) an alien. He becomes an overnight heartthrob and is suddenly faced with legions of adoring fans, rides in glamorous limos, and appearances at "all-the-shrimp-you-can-eat" red carpet parties. But can Buddy maintain his secret identity while in the spotlight?