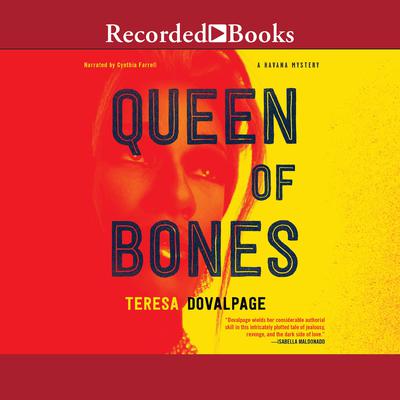 Set between Cubas twenty years apart, Havana native Teresa Dovalpage's new mystery features an unusual detective-an ex-cop turned Santeria priest and a familiar face from her acclaimed crime fiction debut, Death Comes in through the Kitchen. Juan, a Cuban construction worker who has settled in Albuquerque, returns to Havana for the first time since fleeing Cuba by raft twenty years ago. He is traveling with his American wife, Sharon, hoping to catch up with Victor, his best friend from college-and, unbeknownst to Sharon, discover what has become of two of his ex-girlfriends, Elsa and Rosita. Juan is surprised to discover that Victor has become Victoria, and runs a popular drag show at the local hot spot Caf. Arabia. Elsa has married a wealthy foreigner, and Rosita, still single, works at the Havana cemetery. When one of these women turns up dead, it will cost Padrino, a Santeria priest and former detective on the Havana police force, more than he expects to untangle the group's lies and hunt down a killer.

“Deftly unfolding details within the action, she reveals Cuba and its people as rich with fascination and depth.” —New York Journal of Books
“Narrator Cynthia Farrell’s mellifluous and confident rendering of Cuban speech patterns alternating with perfectly colloquial American ones gives the listener a delicious sense of having been transplanted to Havana, a treat you couldn’t get from the page alone…Farrell’s performance is atmospheric and assured, a delightful listen. Winner of the AudioFile Earphones Award.” —AudioFile
“A vivid portrait of Cuba’s capital.” —Mystery Scene Magazine
“A story that blends intricate legwork in the name of investigating with a meditation on the meaning of family, nation, and home.” —Crime Reads
“A lesser-known Cuba, with the kind of details that make it a home rather than a holiday, so an ocean breeze can carry a tinge of exhaust fumes. And it’s a suspense-filled Cuba, in which a door closing can sound like a gun shot.” —Chicago Review of Books