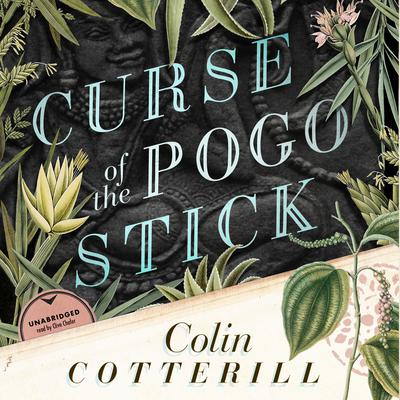 Curse of the Pogo Stick

In Vientiane, Laos, a booby-trapped corpse intended for Dr. Siri, the national coroner, has been delivered to the morgue. In his absence, only Nurse Dtui’s intervention saves the lives of the morgue attendants, visiting doctors, and Madame Daeng, Dr. Siri’s fiancée.

On his way back from a Communist party meeting in the north, Dr. Siri is kidnapped by seven female Hmong villagers under the direction of the village elder so that he will—in the guise of Yeh Ming, the thousand-year-old shaman with whom he shares his body—exorcise the headman’s daughter, whose soul is possessed by a demon, and lift the curse of the pogo stick.

“[Cotterill’s] stories may glide by on their humor and wonderful characters, but the reason his books come alive, the reason his series continues to be worth reading, is the author’s deep understanding of these people and their beautiful, troubled land. This depth enables him to bring us there for a brief vacation, make us feel, and still keep us laughing. Like Dr. Siri, Colin Cotterill has a touch of magic about him.” —Boston Globe
“Cotterill’s approach in Curse of the Pogo Stick—so measured and offhand—actually achieves a remarkable feat: it cuts through all the never-again media saturation genocidal regimes often generate, and it makes us take notice once more. We wind up caring about Cotterill’s characters, because they’re mostly either decent or at least understandably flawed and therefore human. By avoiding the nastiness and nihilism of noir, they reach a sympathetic, soulful reality writers rarely pull off.” —Paste Magazine
“In the engaging fifth entry in Cotterill’s unusual crime series set in 1970s Laos, members of the Hmong tribe, an oppressed minority, spirit away coroner Siri Paiboun…Cotterill sympathetically depicts the Hmong’s plight, striking a good balance between comedy and seriousness.” —Publishers Weekly
“In this delightful, fifth Dr. Siri novel…Cotterill once again manages a winning combination of elements: crisp plotting, exotic locations, endearing characters, political satire, witty dialogue, otherworldly phenomena, and a deep understanding of Hmong culture…Superb storytelling.” —School Library Journal
“Cotterill’s ironic pen [is] as sharp as ever.” —Kirkus Reviews