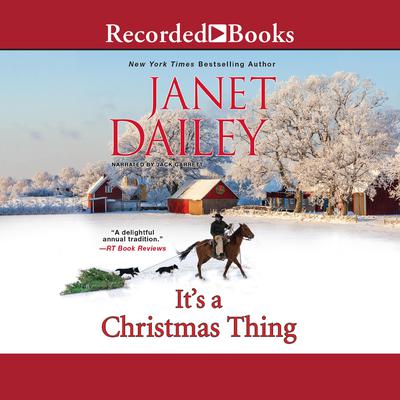 It's a Christmas Thing

The best gifts last a lifetime . . . Veterinarian J.T. "Rush" Rushford isn't looking forward to Christmas. It'll be his first without his beloved four-year-old daughter, Claire. A year ago, Rush's wife divorced him for another man-then broke his heart further by revealing that Claire was her lover's child. The final blow was Rush losing all parental rights. Now he's in Branding Iron, Texas, with his mobile vet practice, just hoping to get through the season-until something like a Christmas miracle happens . . . Turns out Claire's parents are going on an extended cruise, leaving Rush to take her for the holidays. It's bittersweet, knowing that he and Claire will have to part again, maybe forever. . . . Until a smart, not to mention beautiful, lady judge with a pregnant cat and an aging mutt takes a liking to the vet and his little girl and gets involved. With her on their side, and love in their hearts, this Christmas just might be the most joyous of all . . .