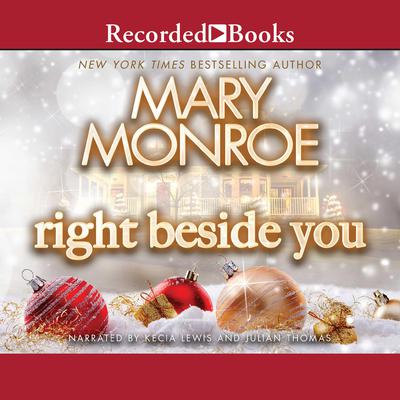 By Mary Monroe
Read by Julian Thomas  and Kecia Lewis

New York Times bestselling author Mary Monroe presents a heartwarming, uplifting novel about two long-time co-workers who seem unlucky in love. But this Christmas may give them a surprising chance to find themselves--and each other . . . With a successful career, money in the bank, and a solid future, Felicia Hawkins has almost everything she ever wanted. But getting married is the one holiday wish she can't seem to get. And it's not helping that she's hopelessly in love with her co-worker, widower Richard Grimes. They have the perfect office partnership, and he's as supportive as he is kind. But Felicia doesn't want to wreck their friendship by letting him know how she really feels . . . Richard has his hands full juggling pre-Christmas work demands and raising two teen daughters. But he's not too busy to wish his relationship with Felicia could become much more. He's drawn to her calm spirit and determination, along with everything they surprisingly have in common. And just once he'd like a chance this season to dare tell her the truth . . . But what Felicia and Richard get instead is a cascade of misunderstandings; messy, well-meaning matchmaking from family and friends, and a long-distance transfer Richard can't refuse. Finally, in the middle of one chaotic snow-struck day, it will take all their courage and compassion to risk opening their hearts to each other--hopefully for many more holiday happily-ever-afters . . .

Mary Monroe is a New York Times bestselling African American fiction author. Her first novel, The Upper Room, was published in 1985. She is best known for her novel God Don’t Like Ugly, and the series revolves around the characters it first introduced.