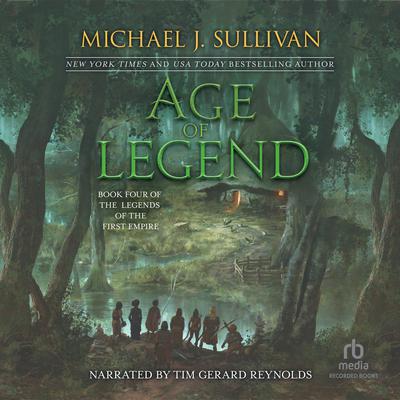 The Legends of the First Empire Series: Book 4

With Age of Myth, Age of Swords, and Age of War, fantasy master Michael J. Sullivan riveted listeners with a tale of unlikely heroes locked in a desperate battle to save mankind from extinction. Now comes the pivotal point. After years of warfare, humanity has gained the upper hand and pushed the Fhrey to the edge of their homeland, but no farther. Desperate to find a way to break the stalemate, the answer lies in the half-forgotten words of an ancient song. Not all legends are of heroes, and not all myths are invented. And sometimes, when you're desperate enough, you'll believe in the inconceivable and even seek it out.