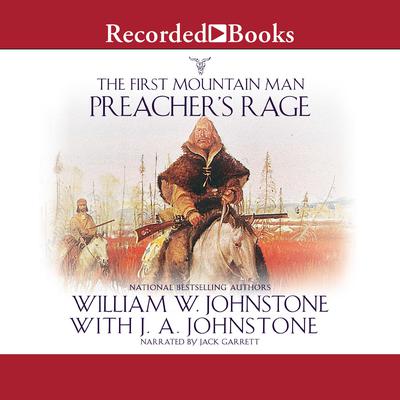 By J. A. Johnstone  and William W. Johnstone
Read by Jack Garrett

For the greatest trapper in the country, there's no place like the Rocky Mountains. Preacher and his son Hawk are riding the High Lonesome when the clear mountain air is split by a girl's savage screams. A gang of ruthless trappers has kidnapped a Crow woman, but before they escape with her, Preacher and Hawk burst out of the tree line, guns spitting fire. They drive the trappers off, only to find that she's not Crow, but white. Caroline has been raised by the Crow since childhood, the only people she's ever known. To get her home, Preacher and Hawk will have to blast their way off this mountain, gunning down kill-crazy trappers and merciless Blackfeet warriors. Because it's never really quiet on the western front