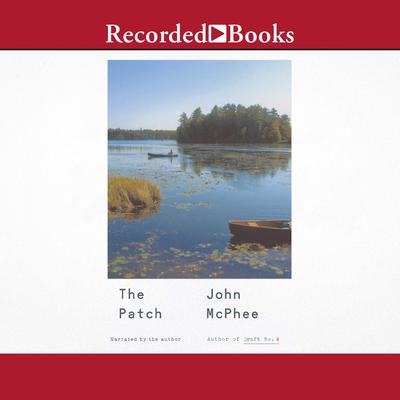 An "album quilt," an artful assortment of nonfiction writings by John McPhee that have not previously appeared in any book. The Patch is the seventh collection of essays by the nonfiction master, all published by Farrar, Straus and Giroux. It is divided into two parts. Part 1, "The Sporting Scene," consists of pieces on fishing, football, golf, and lacrosse-from fly casting for chain pickerel in fall in New Hampshire to walking the links land of St. Andrews at an Open Championship. Part 2, called "An Album Quilt," is a montage of fragments of varying length from pieces done across the years that have never appeared in book form-occasional pieces, memorial pieces, reflections, reminiscences, and short items in various magazines including The New Yorker. They range from a visit to the Hershey chocolate factory to encounters with Oscar Hammerstein, Joan Baez, and Mount Denali. Emphatically, the author's purpose was not merely to preserve things but to choose passages that might entertain contemporary readers. Starting with 250,000 words, he gradually threw out seventy-five per cent of them, and randomly assembled the remaining fragments as "An Album Quilt." Among other things, it is a covert memoir.

“Probes landscapes from New Jersey to Alaska and profiles a vast cast of characters, from Joan Baez to Thomas Wolfe. It’s the latest chapter in an ongoing memoir of his irresistible compulsions.” —New York Times Book Review
“[McPhee] provides a bountiful cornucopia of insightful essays that display the wide range of his interests and tastes…McPhee delights in cracking open subjects, both ordinary and esoteric, and making them accessible to the layperson in works that testify to his virtuosity as one of the greatest living American essayists.” —Publishers Weekly (starred review)
“Offers reminiscences that range from visiting a Hershey chocolate factory to chatting with Oscar Hammerstein and Joan Baez. Condensed to find the passages of greatest interest to contemporary readers.” —Library Journal
“Thoughtful essays that muse on fishing, family and teaching, all held together beautifully by McPhee’s adroit writing.” —BookPage
“Assembled curiously but with his trademark eye for detail…A sturdy collection of top-shelf McPhee, with a grab bag of curiosities for fans.” —Kirkus Reviews