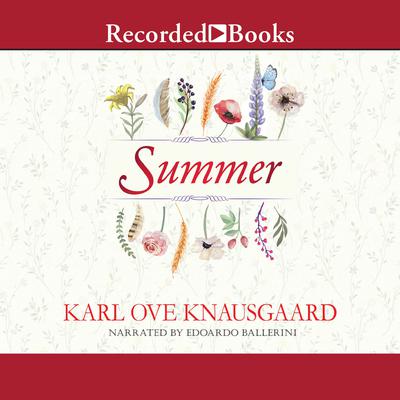 2 June--It is completely dark out now. It is twenty-three minutes to midnight and you have already slept for four hours. What you will dream of tonight, no one will ever know. Even if you were to remember it when you wake up, you wouldn't have a language in which to communicate it to us, nor do I think that you quite understand what dreams are, I think that is still undefined for you, that your thoughts haven't grasped it yet, and that it therefore lies within that strange zone where it neither exists nor doesn't exist.

Karl Ove Knausgaard is an award‑winning Norwegian author whose autobiographical novel cycle, My Struggle, spans six volumes which have been translated into over fifteen languages. This international success was coined “Scandinavia’s greatest literary event” by Helsingin Sanomat and sold more than 600,000 copies in Norway alone. His debut novel, Out of the World, won the Norwegian Critics Prize for Literature, and his second novel, A Time for Everything, was longlisted for the 2010 International Dublin Literary Award.