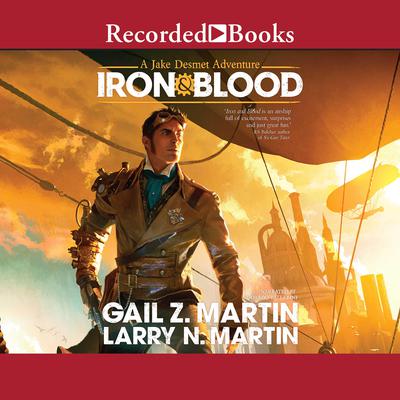 Adventure in New Pittsburgh... New Pittsburgh, 1898--a crucible of invention and intrigue. Born from the ashes of devastating fire, flood and earthquake, the city is ruled by the shadow government of The Oligarchy., In the swarming streets, people of a hundred nations drudge to feed the engines of progress, while in the abandoned tunnels beneath the city, supernatural creatures hide from the light, emerging only to feed. Jake Desmet and Rick Brand travel the world to secure treasures and unusual items for the collections of wealthy patrons, accompanied by Jake's cousin, Veronique Le Clerque. But when their latest commission leads to Jake's father's murder, the three friends are drawn into a conspiracy where dark magic, industrial sabotage and the monsters that prey on the night will ultimately threaten not just New Pittsburgh, but the whole world.

Gail Z. Martin is the author of the Ascendant Kingdoms Saga, the Chronicles of the Necromancer series, and the Fallen Kings Cycle. She discovered her passion for science fiction and fantasy in elementary school. The first story she wrote, at age five, was about a vampire. Her favorite TV show as a preschooler was Dark Shadows. At age fourteen she decided to become a writer. She enjoys attending sf-fantasy conventions, Renaissance fairs, and living history sites.