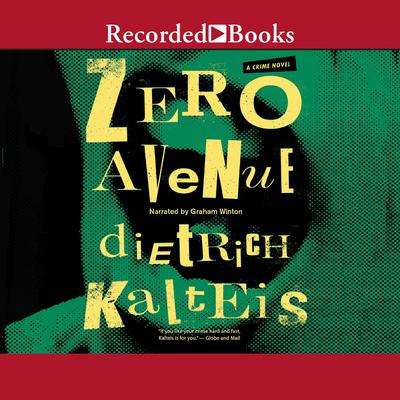 An edgy, fast-paced story of gangsters, danger, and drug smuggling set to the cranking beat and amphetamine buzz of the birth of Vancouver's punk rock scene in the late 1970s. "If you like your crime hard and fast, Kalteis is for you." - The Globe and Mail Set to the cranking beat and amphetamine buzz of Vancouver's early punk scene, Zero Avenue follows Frankie Del Rey, a talented and rising punk star who runs just enough dope on the side to pay the bills and keep her band, Middle Finger, together. The trouble is she's running it for Marty Sayles, a powerful drug dealer who controls the Eastside with a fist. When Frankie strikes up a relationship with Johnny Falco, the owner of one of the only Vancouver clubs willing to give punk a chance, she finds out he's having his own money problems just keeping Falco's Nest open. Desperate to keep his club, Johnny raids one of the pot fields Marty Sayles has growing out past Surrey, along Zero Avenue on the U.S. border. He gets away with a pickup load and pays back everybody he owes. Arnie Binz, bass player for Waves of Nausea, finds out about it and decides that was easy enough. But he gets caught by Marty's crew. Johnny and Frankie set out to find the missing Arnie, but Marty Sayles is pissed and looking for who ripped off his other field - a trail that leads to Johnny and Frankie.