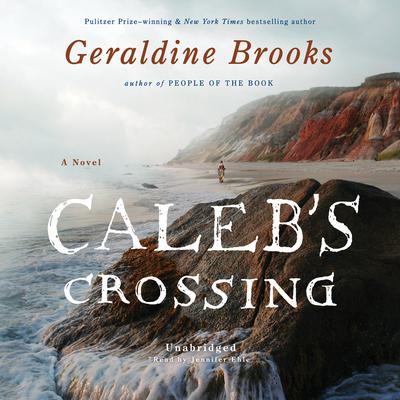 An 2011 Amazon Best Books of the Year

Winner of the 2011 New England Book Award  for Fiction

Finalist for The Chautauqua Prize

One of the 2011 Bookpage Most Anticipated Book

Once again, Geraldine Brooks takes a remarkable shard of history and brings it to vivid life. In 1665, a young man from Martha’s Vineyard became the first Native American to graduate from Harvard College. Upon this slender factual scaffold, Brooks has created a luminous tale of love and faith, magic and adventure.

Bethia Mayfield, growing up in the tiny settlement of Great Harbor amid a small band of pioneers and Puritans, is restless and curious. She yearns for an education that is closed to her by her sex. As often as she can, she slips away to explore the island’s glistening beaches and observe its native Wampanoag inhabitants. At the age of twelve, she encounters Caleb, the young son of a chieftain, and the two forge a tentative, secret friendship that draws each into the alien world of the other. Bethia’s minister father tries to convert the Wampanoag, awakening the wrath of the tribe’s shaman, against whose magic he must test his own beliefs. One of his projects becomes the education of Caleb, and a year later, Caleb is in Cambridge, studying Latin and Greek among the colonial elite. There, Bethia finds herself reluctantly indentured as a housekeeper and can closely observe Caleb’s crossing of cultures.

Like Brooks’ beloved narrator Anna in Year of Wonders, Bethia proves an emotionally irresistible guide to the wilds of Martha’s Vineyard and the intimate spaces of the human heart. Evocative and utterly absorbing, Caleb’s Crossing further establishes Brooks’ place as one of our most acclaimed novelists.

“Caleb’s Crossing could not be more enlightening and involving. Beautifully written from beginning to end, it reconfirms Geraldine Brooks’ reputation as one of our most supple and insightful novelists.” —Jane Smiley for the New York Times Book Review
“Geraldine Brooks, once a foreign correspondent for the Wall Street Journal and more recently a Pulitzer Prize–winning novelist…writes about early America the same way she wrote about Sarajevo and the Middle East, which is to say very well…[her character Bethia is] a fabulously engaging narrator.” —Washington Post
“A dazzling act of the imagination.” —Boston Globe
“Pulitzer Prize winner Brooks delivers a splendid historical inspired by Caleb Cheeshahteaumuck, the first Native American to graduate from Harvard. Brooks brings the 1660s to life with evocative period detail, intriguing characters, and a compelling story.” —Publishers Weekly
“Brooks’ fourth work of historical fiction vividly animates the life of Caleb Cheeshahteaumauk, the first Native American graduate of Harvard. The period detail and the compelling viewpoint of Bethia Mayfield are strengthened by Jennifer Ehle’s narration. Ehle’s emphasis on the seventeenth-century word choices and grammatical structure creates a lyrical presentation. Equally strong is the portrait she draws of Bethia, a young woman who, like Caleb, has a strong intelligence and is as challenged by gender bias as he is by racial prejudice. Ehle captures the heroine’s passion for learning as well as her indignation and resignation in the face of unfair treatment—her own and that of her admired childhood friend, Caleb. The combination of Brooks’ writing and Ehle’s narration creates a powerful rendition of what Bethia calls her ‘tragical lament.’” —AudioFile
“Brooks offers a lyric and elevated narrative that effectively replicates the language of the era; she takes on the obvious issues of white arrogance, cultural difference, and the debased role of women without settling into jeremiad. The result is sweet and aching. Highly recommended.” —Library Journal (starred review)
“Brooks has an uncanny ability to reconstruct each moment of the history she so thoroughly researched in stunningly lyrical prose, and her characters are to be cherished.” —Booklist (starred review)
“Brooks is a master at bringing history’s little-known but fascinating stories to life…Readers will come away from Caleb’s Crossing with a new appreciation for this time in American history and an interest in the Wampanoag people, who are going through something of a renaissance these days.” —BookPage

Geraldine Brooks is the Pulitzer Prize–winning author of March, Year of Wonders, and People of the Book and the nonfiction works Nine Parts of Desire and Foreign Correspondence. She was previously a correspondent for the Wall Street Journal in Bosnia, Somalia, and the Middle East. Born and raised in Australia, she lives on Martha’s Vineyard with her husband, Tony Horwitz, and their two sons.