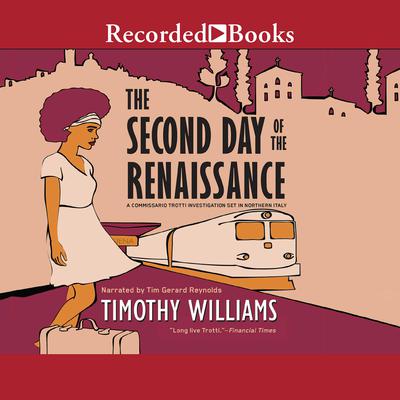 The Second Day of the Renaissance

Timothy Williams was selected by The Observer as one of the "10 Best Modern European Crime Writers" for his series featuring Northern Italian police detective Piero Trotti. Now, 20 years after his last investigation, Trotti returns! After decades as a commissario in his city on the River Po, Piero Trotti has retired. But his newfound peace is brief. An old friend calls him to Siena to give him urgent news: a known hit man has returned to Italy to kill Trotti. The former inspector must admit that he isn't entirely undeserving, as his mistaken accusations and failed gambles have cost innocent lives in the course of his investigations. Though Trotti carries the burden of these deaths with him each day, someone else has appeared to enact his own, long-awaited retribution. Traveling across Italy to escape his pursuer, Trotti revisits his own past and searches for clues to the cold-case murder of Valerio Gracchi, a leftist radical who became a national media sensation. But even the right answers may not save Trotti and his loved ones.

Timothy Williams, CWA award-winner, has written five crime novels set in Italy featuring Commissario Piero Trotti. He has also written two novels set in the French Caribbean, Another Sun and The Honest Folk of Guadeloupe. In 2011 the Observer placed him among the ten best modern European crime novelists.  He has lived in the French West Indies, where he teaches, since 1980.