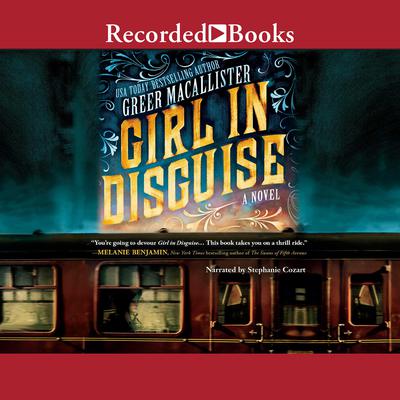 For the first female Pinkerton detective, respect is hard to come by. Danger, however, is not. In the tumultuous years of the Civil War, the streets of Chicago offer a woman mostly danger and ruin--unless that woman is Kate Warne, the first female Pinkerton detective and a desperate widow with a knack for manipulation. Descending into undercover operations, Kate is able to infiltrate the seedy side of the city in ways her fellow detectives can't. She's a seductress, an exotic foreign medium, a rich train passenger--all depending on the day and the robber, thief, or murderer she's been assigned to nab. Inspired by the real story of Kate Warne, this spirited novel follows the detective's rise during one of the nation's greatest times of crisis, bringing to life a fiercely independent woman whose forgotten triumphs helped sway the fate of the country.

Greer Macallister is a poet, short story writer, playwright, and novelist whose work has appeared in publications such as the North American Review, the Missouri Review, and the Messenger. Her plays have been performed at American University, where she earned her MFA in creative writing. She lives with her family in Brooklyn.