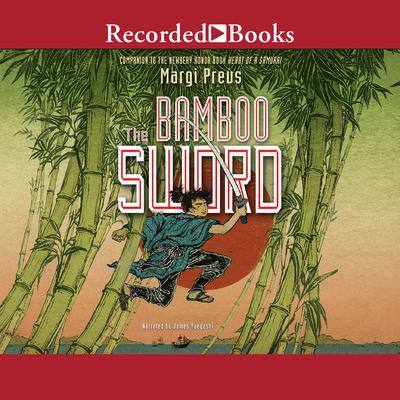 Set in 1853 in Japan, this novel follows Yoshi, a Japanese boy who dreams of someday becoming a samurai. Unfortunately, as part of the serving class, Yoshi can never become a warrior. He is taken up by Manjiro, the protagonist of Preus's Heart of a Samurai, and becomes his servant and secret watchdog. Meanwhile, Commodore Matthew Perry and his USS Susquehanna squadron of steamships arrive in Edo Bay demanding "diplomatically" that Japan open its ports to foreign trade. Aboard the commodore's flagship is a cabin boy, Jack, who becomes separated from his American companions while on shore. When he and Yoshi cross paths, they set out on a grand adventure to get Jack back to his ship before he is discovered by the shogun's samurai.

Margi Preus is a children’s book author and playwright. Her first novel for young people, Heart of a Samurai, was named a 2011 Newbery Honor Book, an ALSC Notable Book, and a recipient of the Asian Pacific American Award for Children’s Literature, among other honors. Her picture books include Celebritrees; Historic and Famous Trees of the World, winner of the 2013 Flicker Tale Award.