By Will Staples
Read by Dion Graham

A Crime Reads Pick of the Week's New Books

A Literary Hub Pick of 19 New Books to Celebrate Today

﻿When rhino poachers kill two of his fellow rangers in Kruger Park, South African Defense Force veteran Cobus Venter reaches his breaking point. Quitting his job, he embarks on a vigilante mission to take down the animal-trafficking syndicate from the inside. Meanwhile, in Florida, insurance investigator Randall Knight is called to a private roadside zoo, where a new tiger cub of suspect lineage brought a virus that wiped out all the zoo’s tigers. The disease is just one species jump away from erupting into a deadly global human pandemic. What starts as a simple insurance claim leads Knight to discover a shocking new evolution in the business of illicit animal trafficking. Both men’s journeys take them from the darkest corners of Southeast Asia to the VIP gambling rooms of Macau, where they must stay alive long enough to stop a vicious international triad from ending wildlife as we know it.

Animals is set in the world of global animal trafficking and follows converging story lines into a dark maze of corruption and organized crime, and through the journeys of the main characters, the novel explores the factors driving the exploitation and ruin of the natural world.

Though the story is fiction, the characters, locations, and plot points are almost entirely rooted in fact. They are the product of hundreds of conversations with everyone from Jane Goodall to the CIA, to Damien Mander (an ex-mercenary turned animal activist). To experience the issue firsthand, Will Staples took a month-long research trip spanning three continents and seven countries. The journey was a profoundly transformative, life-altering experience.

The author’s goal with this novel is to expose this issue to as many people as possible. To that end, all his income from this book will be donated to nonprofit organizations dedicated to protecting wildlife.

“This is more than a story about the fate of wildlife—it’s a story about the fate of the earth. As an animal lover, I highly recommend this book.” —Arnold Schwarzenegger
“With the encouragement of Leonardo DiCaprio, Jane Goodall, and other wildlife activists, screenwriter Staples wrote this first novel to reveal the gruesome truths about the trafficking of endangered animals for allegedly medicinal and certainly decadent purposes, a little-known yet catastrophic realm of organized crime. Staples’ gutsy in-the-field research shapes this webby ecothriller and its intriguing characters gone rogue in pursuit of justice…With hard-edge cinematic action and psychological depth, Staples dramatizes with jolting specificity horrific crimes against wondrous, precious animals as cartels and their craven customers ‘cash in on the end of the wild’ and threaten the ‘death of life itself.’ Staples’s gripping and awakening tale should have a resounding impact.” —Booklist
“Animals is one of the most eye-opening books I have read in years…Staples writes a thriller that is both fascinating and educational…It is a book that shows the worst of humanity, as well as giving us hope that there are those out there who are doing all they can on behalf of the animal kingdom. This is an important book that we all need to read.” —Mystery & Suspense
“One of the most confident and well-written debuts I’ve read in some time, and its premise is one likely to make far more of an impact than your average thriller…[Staples’s] literary debut…[is] told with a skill, authenticity, and heart exceedingly rare in new authors. Illuminating, haunting, and thrilling, anyone even remotely interested should give Animals a read…The best novels make you really feel something for its characters. Animals not only accomplishes that in spades but makes you feel deeply about real-world issues that affect us all. And that, like the majestic creatures at the heart of the tale, is both tragically rare and well worth celebrating. Highly recommended.” —Strand Magazine
“[A] haunting, impossibly important debut. Marrying three continents worth of research, including hundreds of conversations from those of Jane Goodall to the CIA, with the talent of a big-league screenwriter and video game scriptwriter…Staples has the wheelhouse to produce a cinematic story delving deep into the underground world of global animal trafficking. And this is where he takes us, on a fictional journey with converging storylines, characters and locations that are grounded in fact…It’s a damn good story, and we all get a chance to help write the ending.” —Mountain Times
“Riveting! This eco-thriller is made all the more terrifying by the research behind the work and just how much of the narrative is based in fact. He sought counsel from the likes of Jane Goodall and Leonardo DiCaprio and feels like this could be the next Blood Diamond, following how animal poaching and trafficking is a global practice, and a bigger global threat.” —Southern Bookseller Review
“Animals is a thrilling and cinematic exploration of the animal-trafficking underworld and its surprisingly far-reaching consequences. Staples expertly weaves together memorable characters from every corner of the globe, whose storylines braid together into a tense page-turner.” —Nicole Perlman, cowriter of Guardians of the Galaxy and Captain Marvel
“A savage, heartbreaking, and breathtakingly beautiful work that is as thrilling as it is important. Deeply researched and masterfully crafted, Staples pulls back the curtain on the terrifying underworld of global animal trafficking and takes readers on a journey into the heart of human darkness. This is a book that will sweep you up and hold you within its pages until it is done with you.” —Peter Houlahan, author of Norco ’80
“Screenwriter Staples…makes the tragedy of animal trafficking vivid in his impressive debut…Staples skillfully weaves multiple plot strands, including CIA efforts to combat terrorism, with well-developed characters. His extensive research pays off in this moving, multifaceted tale.” —Publishers Weekly (starred review)
“Great stories both engage and inform. They engross readers on an intriguing journey and awake their moral consciousness. Animals more than succeeds on both fronts. Will Staples deftly weaves his complex characters into a haunting thriller set in the underworld of animal trafficking and the result is a profound book that leaves the reader yearning to take action. What better compliment can one pay a novel than it moves your soul?” —Tony Camerino, author of How to Break a Terrorist and Kill or Capture
“Screenwriter Staples’s first novel provides a kaleidoscopic view of the horrors of African poaching…From the beginning…he excels in creating scene after scene of uncompromising cruelty and sadness. Above all, Staples brings out the beasts in his human cast.” —Kirkus Reviews
“Animals is a thrilling, visceral tale underwritten by the cruel facts and extensive geography of an ongoing global tragedy—the harvesting and trafficking of endangered animal species. Staples expertly weaves the reader into the threats posed by man’s darkest appetites and the desperate, and essentially personal, battles of those that fight the criminal organizations feeding on them. This tightly plotted, fast-paced novel is a timely warning of the moral and physical jeopardy that ultimate loss of this war presents to ‘humanity’ and any legacy it might still aspire to.” —Harry Farthing, author of The Ghost Moths
“Animals is an evocatively written, high-stakes morality tale on the trafficking of exotic wildlife by gangsters, terrorists, and opportunists. Will Staples has given us a fast-moving, twenty-first century glimpse at a voracious underworld whose greed and hubris are threatening the majesty of nature. This novel is a call to action.” —Jeffrey Fleishman, author of Last Dance and My Detective
“Will Staples is passionate about wildlife and conservation. Although this book is a fictitious story it is based on sound research and a real understanding of the issues discussed. Animals will help people realize the horrors of global wildlife trafficking—the cruelty, the corruption, and, as we now know from COVID-19, the risk it poses to human health. Thank you, Will, for writing this.” —Jane Goodall, PhD, DBE, founder of the Jane Goodall Institute and UN Messenger of Peace, www.JaneGoodall.org 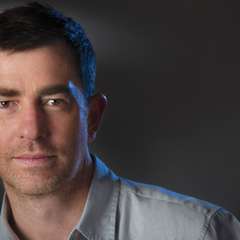 Will Staples writes movies, television series, video games, and books. He has worked on such films as Without Remorse and the Mission Impossible franchise. His television work includes the Jack Ryan and Shooter series and adapting Tom Wolfe’s book The Right Stuff for Disney+. He has written numerous hit video games, including Call of Duty: Modern Warfare 3.