The Ghost Moths: A Novel

Whilst searching a windswept mountainside for the fabled ghost moth fungus, a young Tibetan boy unearths a mysterious relic. Moments later the People’s Liberation Army of China marches into his isolated village in the valley below and begins to dismantle an ancient way of life. As the brutal oppression grows, the boy’s precious find becomes first a symbol of hope for the villagers then a tool of survival for a people and a religion. It must be preserved at all costs.

Sixty years later, mountain guide Neil Quinn is wrapping up his last climb of the season on the highest mountain in Tibet when a transport shortage leaves him stuck in an empty base camp. An earthquake sets off a chain of mysterious events that directly connect the English climber to the ongoing tragedies of a troubled land where the Chinese authorities strive still for complete control.

Unsure of precisely what he witnessed yet determined to protect its truth, Quinn returns to Kathmandu and enlists the help of a famous historian of the Himalayas, an erstwhile American journalist, and a cast of locals as enigmatic as that ancient city—each with their own reasons for joining his quest. Manipulation and murder dog their every step as they strive to piece together a complex puzzle from Tibet’s tortured past while navigating the treacherous present.

“A painstakingly researched, carefully plotted and well-written issues-driven thriller…It’s one of the most engaging, propulsive, and, dare we say it, educational novels to come along since the Great Wall was built. The Ghost Moths is fiction with a bite … and a story the whole planet should sit up and take notice of … because in a just world this novel would go viral. It’s that good! —Mysterious Book Report
“A thoroughly absorbing and impressively original novel by an author with an exceptionally effective flair for the kind of narrative storytelling style that is perfectly suited to a historical and political suspense thriller of a read, The Ghost Moths by Harry Farthing will prove to be an immediately welcome and enduringly popular addition to community library contemporary general fiction collections.” —Midwest Book Review
“The Ghost Moths is a magical novel that feels like a work of fantasy and is made that much more amazing because everything described within is from our world and history. The mysteries are not all answered, but that is okay because the satisfaction of this read is in spending time in this place that takes us from the ground floor of ancient, dissolved villages to literally the top of our world at the peak of Mount Everest. Highly recommended for readers who want something more than just a mere historically based mystery/thriller.” —Criminal Element
“An interesting mystery steeped with folktales, spirituality, and political unrest. I felt like I was transported to the Himalayas with his vivid descriptions of both the scenery and mountain climbing…It was fascinating to be immersed in a different culture while following this intriguing adventure.” —Book Junkie Reviews
“Farthing is particularly good at creating a memorable bad guy, a sadistic Chinese security officer whose nickname is Yama, the Tibetan Lord of Death. Fans of Eliot Pattison will want to check out this issues-driven thriller.” —Publishers Weekly
“Farthing’s sprawling plot unfolds in short, elegantly written chapters…Farthing presents colorful bits of tapestry and trusts the reader to assemble them and locate the nexus between the physical world and the metaphysical. An extensive glossary, cast of characters, and maps are welcome aids. An ambitious, stylishly written, thought-provoking tale.” —Kirkus Reviews﻿
“An erudite thriller that confronts the recent history of the ancient Himalayan cultures with unflinching honesty and considerable excitement. A damn good read.” —John Burdett, bestselling author of Bangkok 8 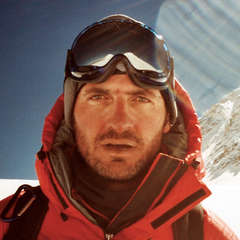 An Englishman who lives in Charleston, South Carolina, Harry Farthing is an experienced mountaineer, adventure traveler, and historian. He is the author of Summit. The Ghost Moths is his second novel.