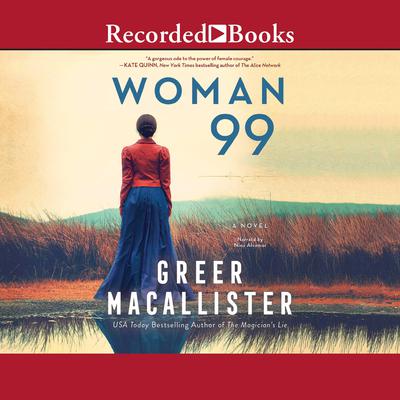 Charlotte Smith's future is planned to the last detail, and so was her sister's - until Phoebe became a disruption. When their parents commit Phoebe to a notorious asylum, Charlotte knows there's more to the story than madness. Shedding her identity to become an anonymous inmate, "Woman Ninety-Nine," Charlotte uncovers dangerous secrets. Insanity isn't the only reason her fellow inmates were put away -- and those in power will do anything to keep the truth, or Charlotte, from getting out.

Greer Macallister is a poet, short story writer, playwright, and novelist whose work has appeared in publications such as the North American Review, the Missouri Review, and the Messenger. Her plays have been performed at American University, where she earned her MFA in creative writing. She lives with her family in Brooklyn.