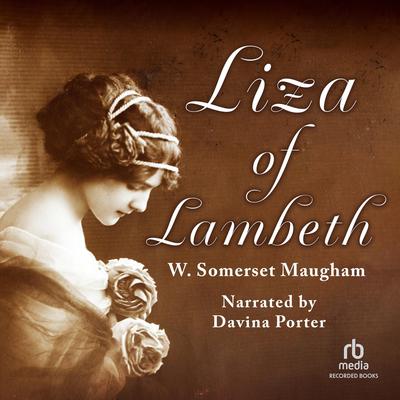 An extraordinarily popular author during his lifetime, W. Somerset Maugham created a literary legacy that includes such classics as The Moon and Sixpence and The Razor' s Edge. Maugham' s first novel, Liza of Lambeth is the story of 18-year-old Liza Kemp, a London factory worker near the beginning of the 20th century who falls deeply in love with a 40-year-old father of nine children. As the affair escalates, Liza pays little mind to the damage her reputation is suffering. But society becomes increasingly troubled by the relationship.

William Somerset Maugham (1874–1965) was born in Paris, the son of a British embassy official, and grew up in England. He studied medicine and officially qualified as a doctor before turning to writing. One of the twentieth century’s most popular novelists as well as a celebrated playwright, critic, and short-story writer, he also served as a secret agent for the British during World War I.