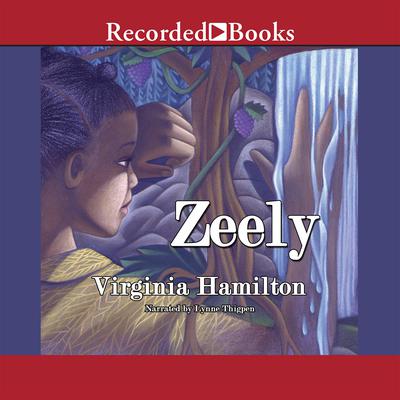 This summer, young Elizabeth and her little brother are going to their uncle's farm alone. Their parents are staying home in the city. Elizabeth can't wait to run through the fields, sleep outside, and explore her uncle's big farm house. One night at the farm, Elizabeth sees a tall, thin figure floating down the road. Although at first she thinks it's a ghost, she soon finds out that it is Zeely Tayber, going to feed her hogs before dawn. In the following days, Elizabeth watches the proud, dignified woman. She is unlike anyone Elizabeth has even seen before. Could she actually be an African princess? Virginia Hamilton has won a Newbery Medal and the Hans Christian Anderson Award for her books for young readers. In Zeely, she twines lessons about individuality and courage into a fascinating story of a young girl's discovery. Award-winning actress Lynne Thigpen provides the perfect voices for both the curious Elizabeth and the mysterious Zeely.