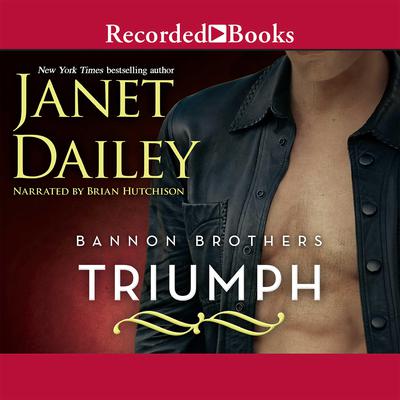 The Bannon brothers are a breed apart, ready to face any challenge. Deke Bannon, federal criminal investigator, risks his life just about every damn day--but that doesn't mean he'll let Kelly Johns do the same. The gorgeous news anchor doesn't care that her life is in peril for knowing too much and trying to find out more. To protect Kelly, Deke will have to keep her close--no matter how hard she fights him. Good luck with that. Kelly's every instinct tells her she's stumbled across the story of her career. But there's a catch. Without Deke, she can't infiltrate the dark underworld operating beyond the reach of the law. With him, she's in a whole other kind of danger. On the case, Deke Bannon is a force of nature--unpredictable, unstoppable, and always one step ahead of her. Except when he takes her in his arms--and the world stands still for both of them. . .

“Dailey ratchets up the tension in her final book in the Bannon Brothers trilogy. Her characters are believable and well-motivated, and the relationships among various members of the television station staff crackle with intensity… Dailey’s skilled storytelling pulls the reader in.” —RT Book Reviews (4 stars)
“Fans of the prolific Dailey will be pleased with her predictable blend of suspense, glitz, glamour, and romance.” —Booklist