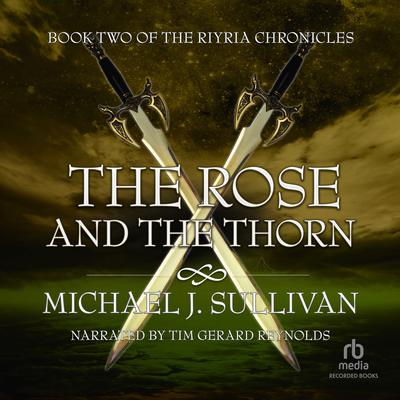 The Rose and the Thorn

Two thieves want answers. Riyria is born. For more than a year Royce Melborn has tried to forget Gwen DeLancy, the woman who saved him and his partner Hadrian Blackwater from certain death. Unable to get her out of his mind, the two thieves return to Medford but receive a very different reception -- Gwen refuses to see them. The victim of abuse by a powerful noble, she suspects that Royce will ignore any danger in his desire for revenge. By turning the thieves away, Gwen hopes to once more protect them. What she doesn't realize is what the two are capable of -- she's about to find out.