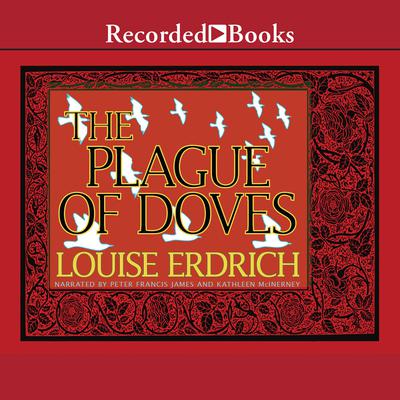 The Plague of Doves

Louise Erdrich, NBA finalist and NBCCA winner, pens distinctly American novels evoking the complex heritage and character of her native Midwest. The Boston Globe says Erdrich is "at the peak of her powers as a writer." In 1911, a terrible, blood-chilling crime was committed at the edge of the Ojibwe Reservation, east of the predominantly white town of Pluto, North Dakota. As time passes and memories fade, the past lies buried-until destiny comes calling.

Louise Erdrich is a multiaward–winning author of Native American descent. She twice won the National Book Critics Circle Award, for her debut novel, Love Medicine, and for LaRose. The Plague of Doves, a finalist for the Pulitzer Prize, won the Anisfield-Wolf Book Award. The Round House won the National Book Award for Fiction. Many of her books have made the New York Times bestsellers list. She has received the Library of Congress Prize in American Fiction, the prestigious PEN/Saul Bellow Award for Achievement in American Fiction, the Dayton Literary Peace Prize, the World Fantasy Award, and American Academy of Poets Prize, among many other honors. She has also written poetry, children’s books, short stories, a memoir, and other works of nonfiction.