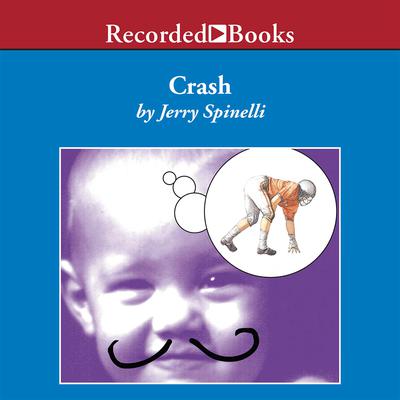 Crash Coogan is a big jock. As long as he can remember, he has crashed through life, running over anyone or anything that stands in his way. So when the geeky pacifist kid Penn Webb moves onto his block, Crash immediately ridicules everything about him-including his friendship. Now a burly seventh grader, Crash scores spectacular touchdowns in each football game while Penn becomes a cheerleader. Crash saves money to buy the coolest pair of sneakers in the mall while Penn pickets a construction site to protest all shopping malls. How can Crash bully Penn when he seems oblivious to the derision and pranks Crash heaps on him? Jerry Spinelli has written more than 15 books for young readers. He won a Newbery Medal, and has played sports all his life. Skillfully, he brings us into Crash's world and lets us see through the eyes of a young bully struggling to develop ways of dealing with life other than brute force.