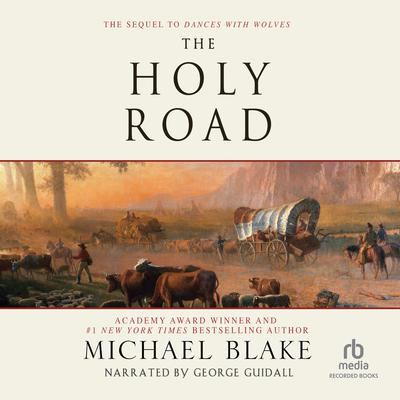 In The Holy Road, sequel to Dances With Wolves, master storyteller Michael Blake at long last continues the saga. Eleven years have passed sub Lieutenant John Dunbar became Dances With Wolves and married Stands With A Fist, a white-born woman raised as a Comanche from early childhood. With their three children, they live peacefully in the village of Ten Bears. But there is unease in the air, caused by increased reports of violent confrontations with white soldiers, who want to drive the Comanches onto reservations. Disquiet turns to horror, and then to rage, when a band of white rangers descends on Ten Bear's village, slaughtering half its inhabitants and abducting Stands With A Fist and her infant daughter. The three surviving great warriors - Wind In His Hair, Kicking Bird and Dances With Wolves - decide they must go to war with the white invaders. At the same time, Dances With Wolves realizes that only he can rescue his wife and child. Told with the same sweep, insight, and majesty that have made Dances With Wolves a worldwide phenomenon, The Holy Road is an epic story of courage and honor.

Michael Blake (1945–2015) was the author of seven novels and three works of nonfiction. He is best known for the film adaption of his novel Dances with Wolves.