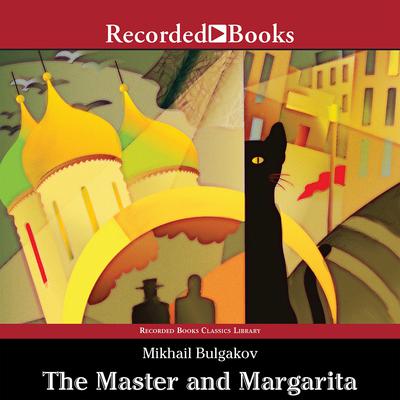 The Master and Margarita

Written during Stalin's regime in the 1930s, but not published until 1967, The Master and Margarita is an intricate allegory of good and evil and one of the best examples of protest literature ever written. Author Mikhail Bulgakov takes listeners on a journey through the literary streets of Moscow as the lead character, Satan disguised as a black magician named Woland, torments the city's people. Woland finally finds the Master, the man he has been looking for, whose story about Pontius Pilate becomes intertwined with the original tale, creating a parallel narrative.

Mikhail Bulgakov (1891–1940) was born in Kiev. Schooled as a doctor, he gave up the practice of medicine in 1920 to devote himself to writing. He went on to write some of the greatest novels in twentieth-century Russian literature, including White Guard and Black Snow. Though Bulgakov’s work was often censored, Stalin showed his personal favor by protecting him from imprisonment and finding a job for him at the Moscow Art Theatre, where the writer would work as a director and playwright for many years. He died at the age of forty-nine from a kidney disorder. His masterpiece, The Master and Margarita, would not be published until twenty-six years after his death.