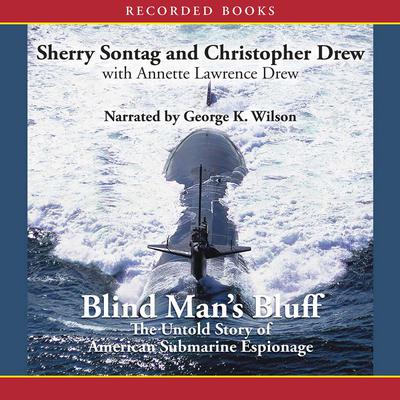 During the tense decades of the cold war, the men on board submarines constantly risked sudden death in their secret battle for information and power. Finally journalist Sherry Sontag and award-winning investigative reporter Christopher Drew lift the veil of silence to tell the enthralling, real-life story of American submarines and their perilous missions. In an effort to find the truth behind rumors, the authors contacted hundreds of submarine crew members and intelligence officials. They found many willing to share the clandestine adventures they had never before revealed-even to their loved ones. In this thrilling book you can sail along with the sub commander who outraced torpedoes, learn of the brazen attempt to steal a Soviet sub, and meet the scientist who hoped to build a fleet of submarines made entirely of glass. Narrator George Wilson's dramatic performance whisks you behind closed doors for classified briefings, and plunges you deep beneath the surface where days of boredom are broken only by moments of sheer terror. An interview with Sherry Sontag is included at the end of the audiobook.

Sherry Sontag is an investigative journalist who, before turning to her book Blind Man’s Bluff, now a New York Times bestseller, was a staff writer for the National Law Journal. While there, she wrote about the Soviet Union, international affairs, and domestic scandals in securities and banking. Prior to that, she wrote for the New York Times. A lifelong resident of New York, she has degrees from Columbia University’s Graduate School of Journalism and Barnard College.

Christopher Drew is a special projects editor at the New York Times and has won numerous awards for his investigative reporting.

Annette Lawrence Drew has a PhD in politics from Princeton University. She and author Christopher Drew are married and live with their daughter, Celia, in Montclair, New Jersey.