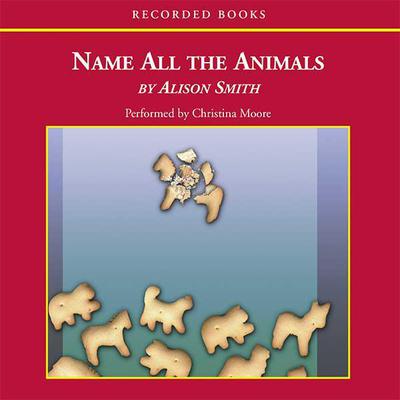 Name All the Animals: A Memoir

In this debut memoir, author Alison Smith recalls the story of losing her older brother, Roy, who died when he was just 18 years old, mere weeks before he was to attend college. What followed was an intense time of grieving and growing up for 15- year-old Alison, who worshiped her older brother. At times humorous, sad and touching, Name All the Animals is a vivid coming-of-age tale the culminates with the third anniversary of Roy's death-the moment when Alison realized she would thenceforth be without an "older" brother.

Alison Smith, acclaimed author, editor, teacher, reporter and activist, began her writing career later in life. Since her book debut, Name All the Animals, was named one of the top ten books of 2004 by People Magazine, she’s gone on to win numerous awards for her work which has been published all over the world. Smith currently teaches MFA writing programs and lectures on writing and authorship at universities and high schools throughout the country.