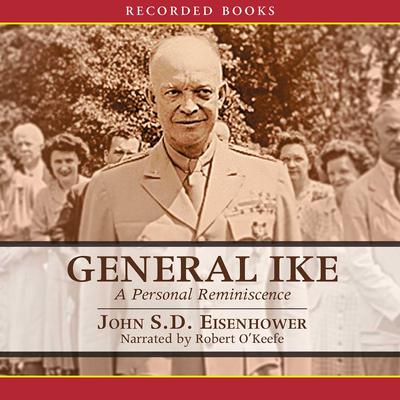 John S.D. Eisenhower modestly explains General Ike as "a son's view of a great military leader-highly intelligent, strong, forceful, kind, yet as human as the rest of us." This book is that, and more: a portrait of the greatest Allied military leader of the Second World War, by the man who knew Ike best.

John S. D. Eisenhower, a graduate of West Point, a retired Brigadier General in the Army Reserve, and the former American ambassador to Belgium, is also the author of seven books, including the bestseller The Bitter Woods, Agent of Destiny: The Life and Times of General Winfield Scott, Yanks: The Epic Story of the American Army in World War I and General Ike about his father, former US President, Dwight D. Eisenhower.