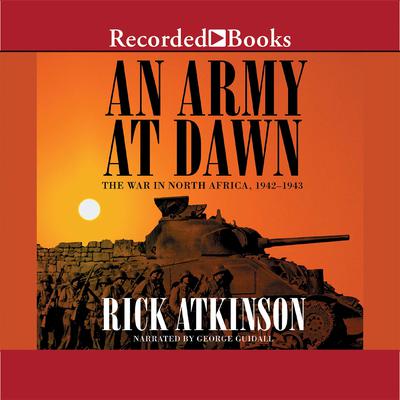 Best-selling author and Pulitzer Prize winner Rick Atkinson is a 20-year veteran writer for the Washington Post. This authoritative account of the World War II Allied victories in North Africa is a brilliant, insightful, and impeccably researched masterpiece. "An Army at Dawn may be the best World War II battle narrative since . The Longest Day and A Bridge Too Far."-Wall Street Journal

Rick Atkinson, a former staff writer and senior editor at the Washington Post, is the highly acclaimed author of several books of military history. An Army at Dawn won the Pulitzer Prize for History, and The Guns at Last Light was a #1 New York Times bestseller. Among his many accolades and awards are the George Polk Award, the Pritzker Military Library Literature Award, the Samuel Eliot Morison Prize, the Society for Military History Distinguished Book Award, the Axel Springer Prize, and the Henry Adams Prize, among others.