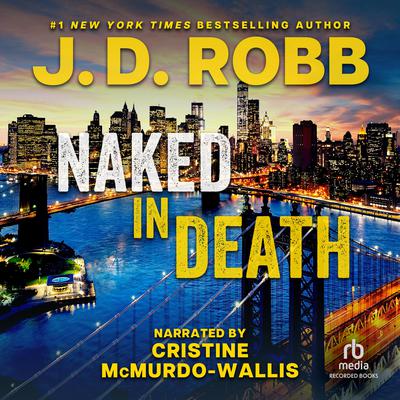 The In Death Series: Book 1

Often appearing at the top of the New York Times best-seller list, author Nora Roberts, aka J.D. Robb, stimulates the senses with her irresistible combinations of romance and suspense. Experience a gamut of emotions as secret pasts, vicious murders, and the steamy details of a tempestuous romance are revealed in this action-packed audiobook. Three young women have been brutally murdered, and Lieutenant Eve Dallas has been assigned to investigate. After 10 years on the New York City police force, she knows better than to become emotionally involved with her work. But the prime suspect is a suave, sophisticated Irish billionaire with a mysterious past. And much to her dismay, she finds herself powerless to resist his charm. Let narrator Cristine McMurdo-Wallis put you in Eve's shoes as she walks the thin line between seduction and danger. The air crackles with electrifying suspense as she faces the most terrifying challenges of her life: a brutal murderer and a relentless suitor. Hopefully, they aren't one and the same.